An efficient, high-power, DC plasma torch which is operated with carbon containing gases, such as carbon dioxide and natural gas, has been designed in CACT. The chemistry of the new plasma is significantly superior to other commercial torches which makes it ideal for applications in hazardous waste destruction and in materials processing.

The cathode is made of highly structured pyrolytic graphite. In this unique design, positive carbon ions, which are abundant in a carbon containing plasma, are attracted by Coulomb force to the negatively charged cathode and are deposited on it. Thus, under correct operating conditions the sublimation of cathode is compensated for by the deposition of carbon ions. This results in a practically infinite cathode lifetime.

The use of carbon dioxide (CO2) and hydrocarbon (e.g. CH4) gas mixtures has key advantages when compared with argon-hydrogen and/or argon-helium gas mixtures used in conventional troches. This gas mixture allows for a large arc voltage which, for a given power, results in low arc currents. This feature considerably enhances the life of anode, which is dependent on the current.  Compared to conventional plasmas, the thermal conductivity of the CO2/hydrocarbon plasma is considerably larger, leading to better process efficiency and rapid heat transfer to the processed material.

Thermal efficiency of these torches has been measured and it varies from 60% to 80%. Two versions of this torch have been developed: 60 and 200 kW. 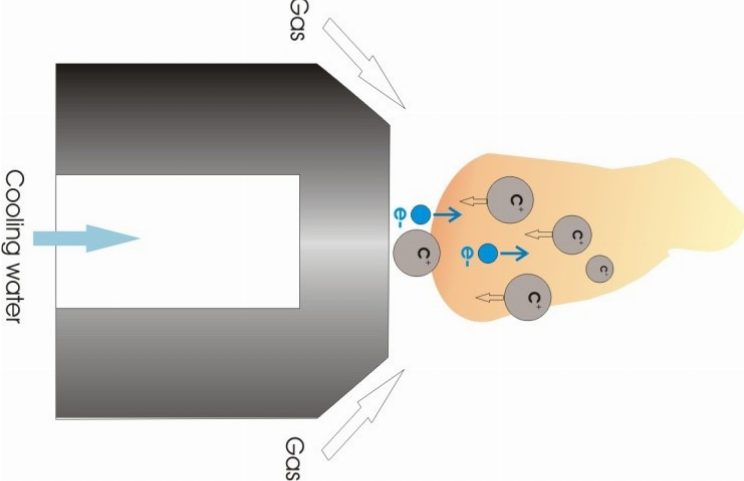 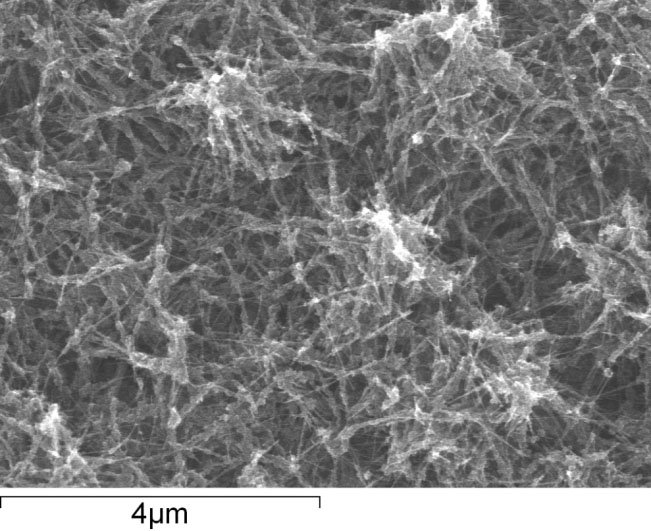