Energy storage devices capture energy and store it for a later use in time. They encompass a wide range of technologies such as flywheels, batteries, capacitors, and fuel cells. These inventions provide the energy we consume while we are not directly connected to the electrical grid. They are ubiquitous in our everyday lives, yet simultaneously inconspicuous.

This research focuses on the fabrication, characterization, and electrochemical testing of molybdenum-nitride-graphite supercapacitor electrodes. Molybdenum has been chosen as the material of study because of its numerous oxidation states, which typically translate well to an increased electrochemical charge storage. Moreover, molybdenum is a relatively low-cost option in comparison to ruthenium oxide – the gold standard for metal-based supercapacitor electrodes.

The primary objective of this work is to investigate the effects of the operating parameters of plasma spray vis-à-vis the electrode’s microstructure and electrochemical properties. The electrodes were characterized using a scanning electron microscope (SEM), an x-ray diffractometer (XRD), a photoelectron spectrometer (XPS), and a potentiostat.

The solution precursor plasma spray (SPPS) apparatus used to produce the supercapacitor electrodes is shown in Figure 1 below. Figure 2 shows the topography of a molybdenum-graphite electrode at 1000x magnification using an SEM. Although they can be difficult to distinguish, the graphite particles are the darker rectangular features in the molybdenum matrix. 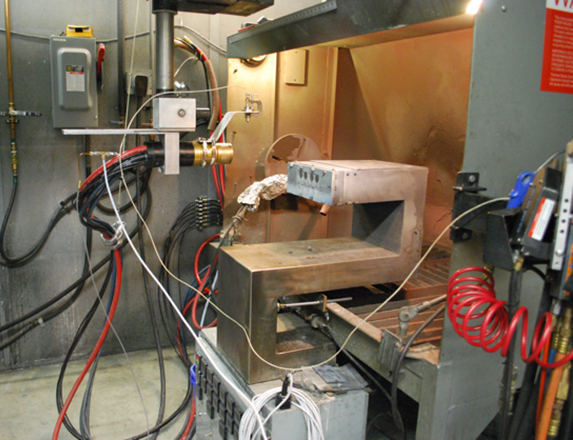 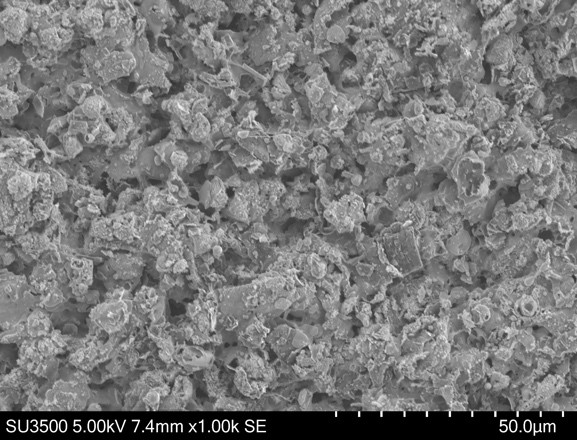