Recently, vacuum plasma spray forming (VPSF) has been identified as a process capable of manufacturing near-net-shape components for advanced technology applications such as aerospace, defense, and chemical process industries. By optimizing the deposit structure via intelligent control of process parameters and utilizing post-deposition heat treatments, deposit structures with properties better than conventionally cast materials and, in some cases, equivalent to wrought materials can be produced.

In the current study, one of the most important and widely used titanium alloys, Ti-6Al-4V, was chosen to form a near-net-shape structure by VPSF process. The microstructure and properties of the initial powder and the as-deposited component were characterized. It was found that the as-deposited material consisted of approximately 90% martensite present in the form of fine lathes (~500 nm in width), being surrounded by a residual β phase. The as-sprayed material failed at low elongations (~1%) when tested in tension. The fundamental basis of the relationships between the physical and mechanical properties and the as-sprayed microstructure was elucidated. To provide insight into the deposition, the solidification behavior and morphology of a single splat of Ti-6Al-4V alloy deposited under VPSF conditions were investigated using both numerical simulation and experimental observations. The average cooling rate and solidification front velocity were found to be approximately 6x108 °C/sec and 63 cm/sec, respectively. A mechanistic model for the relationship between the elastic modulus and the thermally sprayed microstructure was developed and compared with the results of an image based finite element method (OOF) and in-situ tensile testing. 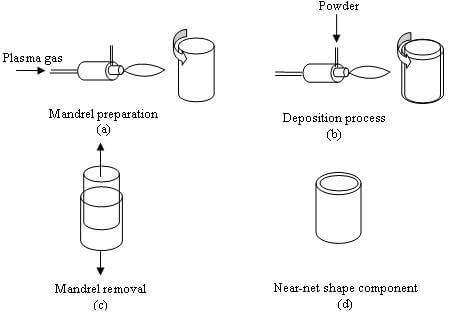 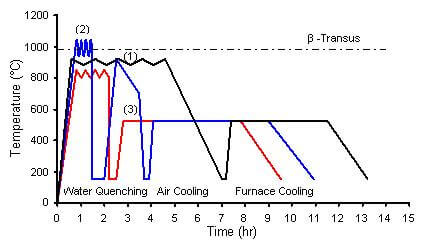