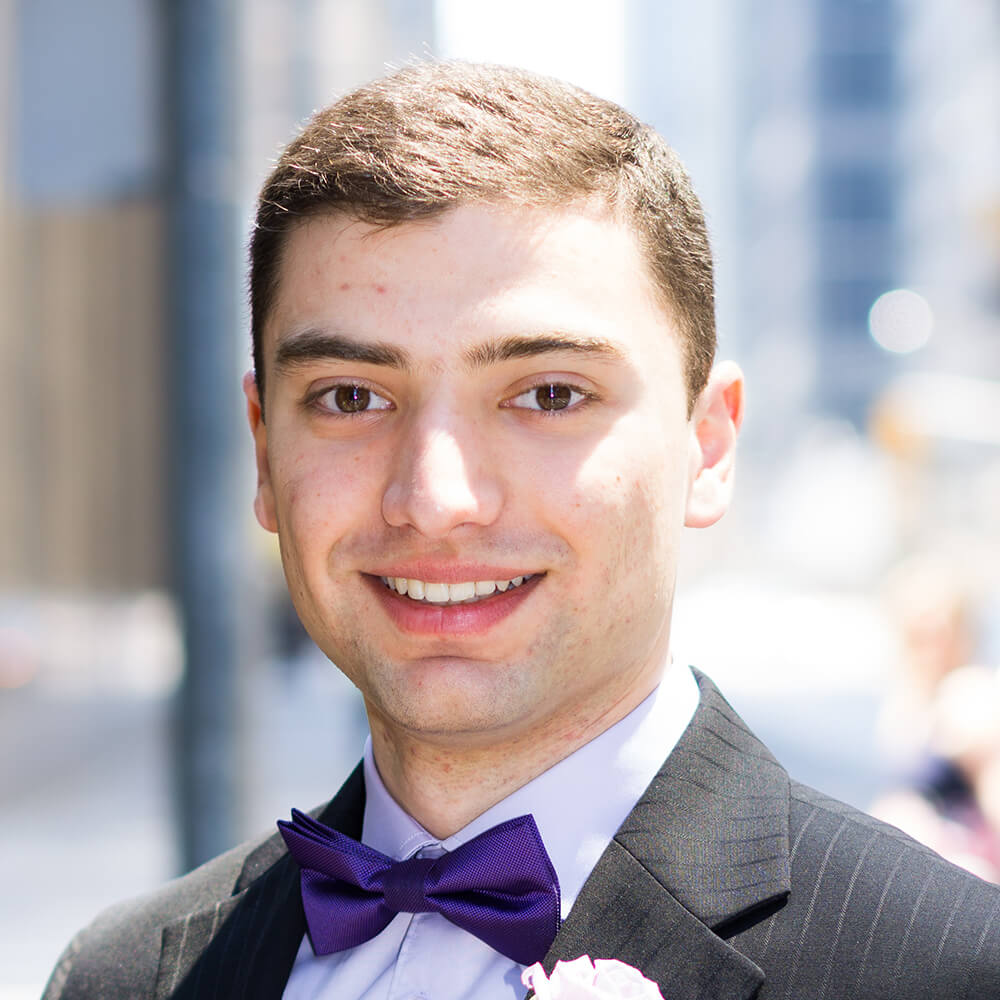 Azadeh Vahedi received her MSc in Material Science and Engineering from the University of Islamic Azad University, Science and Research Branch from Tehran, Iran in 2013 within the area of Magnetic properties of Ceramics. Prior to that she obtained over 3 years of industrial experiences in production of tiles and ceramics as a R&D manager. She has started her work at CACT as a research assistant from 2016 under the supervision of Prof. Javad Mostaghimi. Her thesis project focuses on “improvement of photocatalytic property of Fe3O4-TiO2- RGO core-shell nanoparticles” for antibacterial surfaces. During the last two years, she worked in collaboration with Cell & system Biology department on two different topics as well: 1-Investigation on Biocidal activity and repeatability of titanium dioxide coating under UV and ambient light. 2-Laboratory and Field tests on Antibacterial Sink trap: Investigating on the bactericidal activity of the charged copper-lined siphon trap against the DH5α Escherichia coli strain for various exposure time lengths. 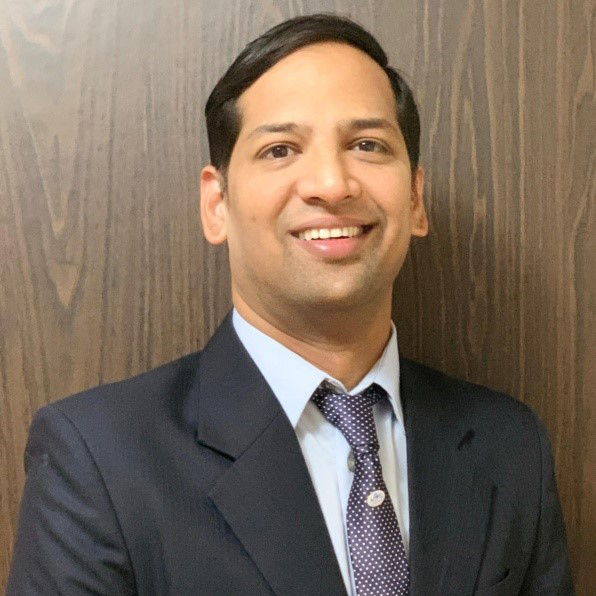 Ramgopal varma Ramaraju obtained his Bachelors, Masters and Doctoral degrees in Mechanical Engineering in the years 2004, 2007 and 2012 respectively from JNT University, Hyderabad, India.  Ramgopal’s earlier research focused on evaluating,  the interfacial heat transfer coefficients in a metal casting both numerically and experimentally, performance of nano-coolants in an automobile, thermal post-buckling load carrying capacity of structural members, the residual stress in FS welded joints, performance of friction stir processed joints by addition of nanoparticles at the joint interface. Ramgopal worked as a faculty member in community colleges in Canada and Malaysia from 2012 to 2017. Ramgopal received a gold medal for his project on nano-coolants at an International level technical exhibition in the year 2015. Currently, as a graduate researcher, his research is focused on developing micro and mini channeled heat exchangers using thermal spray technologies and evaluating their performance numerically and experimentally as well. 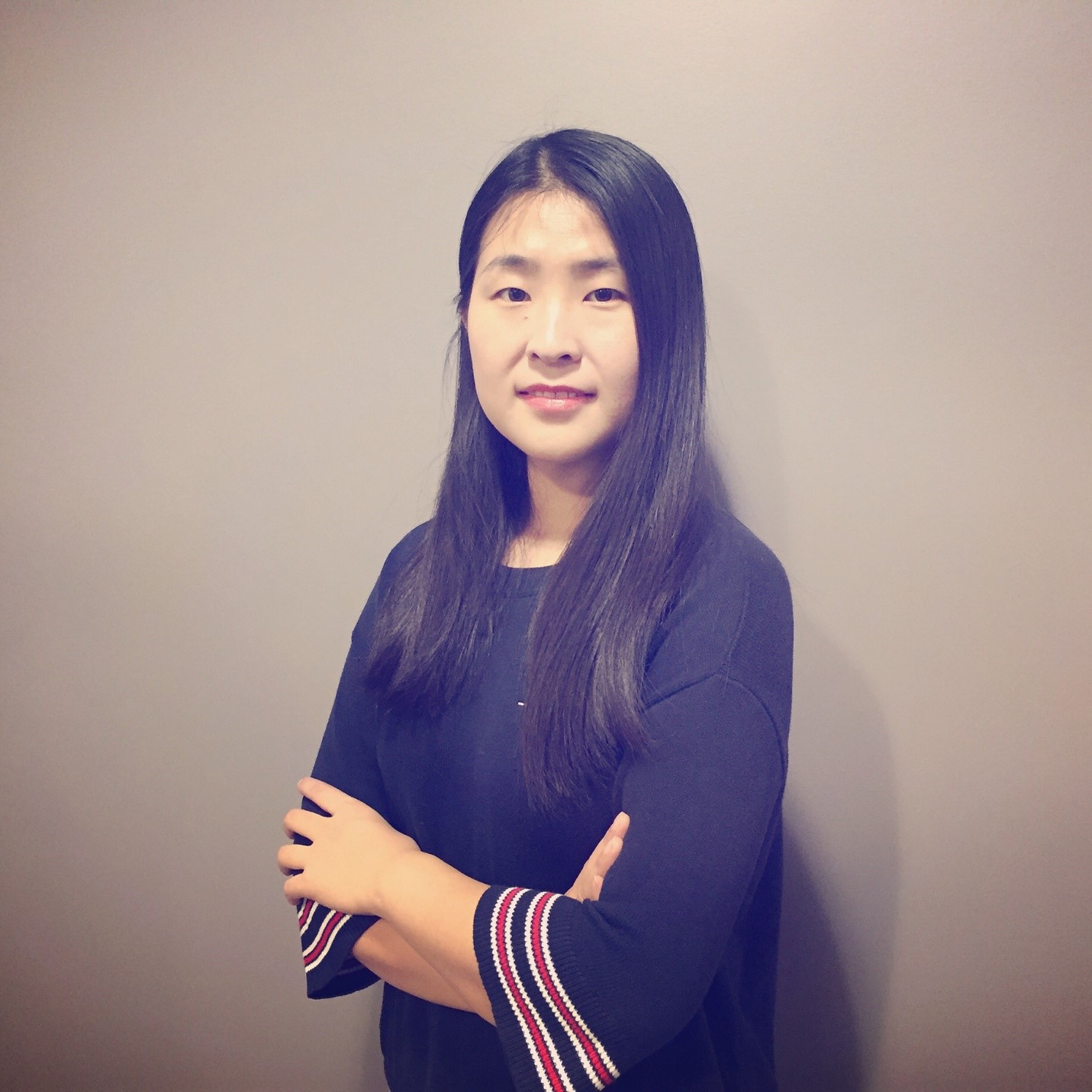 Xiaoman Guo obtained her B.Sc. and M.Sc. of Instrument Science and Technology from Harbin Institute of Technology, China, in 2014 and 2016, respectively. Her master's research was about “Radiation temperature and emissivity measurement technique based on spectroscopic diagnosis”. In September 2018, she started her PhD under the supervision of Prof. Javad Mostaghimi. Now her research interests are about the performance analysis of ICP-OES/MS, diagnostic method, and the applications of ICP-OES/MS in the areas of biomedical and chemistry. 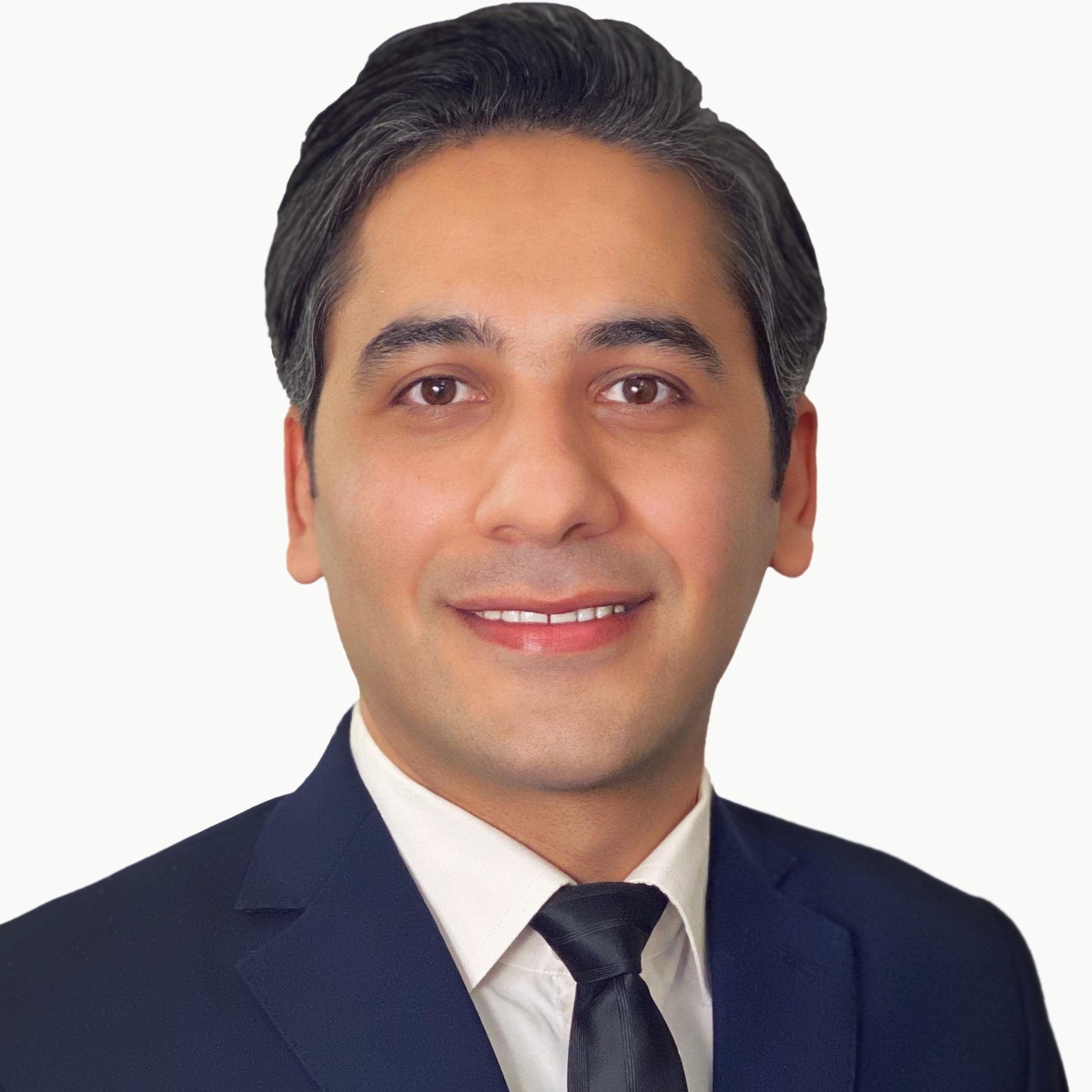 Ali has graduated from Semnan University with a bachelor’s degree in electrical engineering within the area of renewable energy sources. He obtained his M.A.Sc. in Nuclear Engineering from Shahid Beheshti University, working on developing numerical nuclear codes. During his study, he also obtained a good experience with fundamental compartments of ICP-MS and their working principle. He started his work at CACT as a researcher under the supervision of Prof. Javad Mostaghimi in 2018, and he has been a Ph.D. student in mechanical engineering since 2020. His research area is focused on the synthesis of nanocarbon materials, in particular graphene, using thermal plasma. Currently, he is working on the gas-phase synthesis of graphene and the exfoliation of graphite using DC thermal plasma. 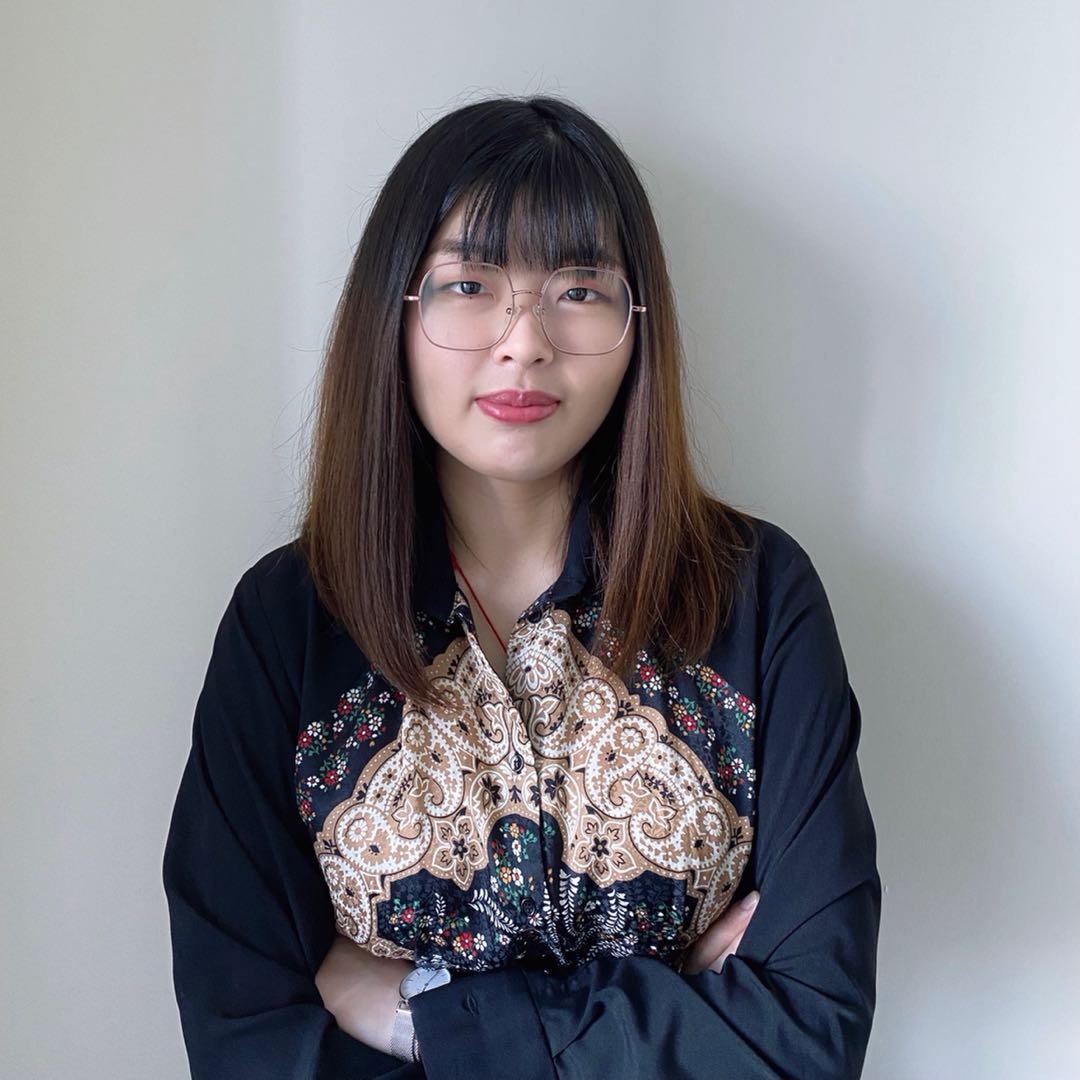 Zhenying received her B.A.Sc. in Materials Science & Engineering from the University of Toronto in 2020. In 2018, Zhenying worked as a process engineering intern in Air Liquide Laboratories in Japan for one year, focusing on redesigning an atomic layer deposition (ALD) setup and fabricating thin films for semiconductor industries. After graduation, she joined CACT as a Ph.D. student under the co-supervision of Prof. Coyle and Prof. Dolatabadi in Sept 2020. Her project involves designing and constructing an aerosol deposition system for fabricating advanced ceramic coatings. Her research focuses on characterizing the aerosol deposited coatings to demonstrate the deposition mechanism and the powder – process – microstructure - property relationship. 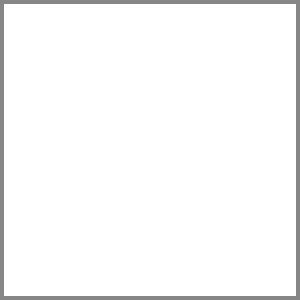 Ziwei (Chris) Yang received his B.Sc. in Aerospace and Ocean Engineering from Virginia Tech in 2019, and M.S.E in Aerospace Engineering from the University of Michigan in 2021. Currently, he started his Ph.D. under the supervision of Prof. Ali Dolatabadi in Sep 2021. His research interests are in the area of droplet modeling, applied machine learning/Deep learning, and optimization of numerical schemes. The research aims to improve current CFD solvers in robustness and lowering computational costs using high-fidelity A.I. technique. 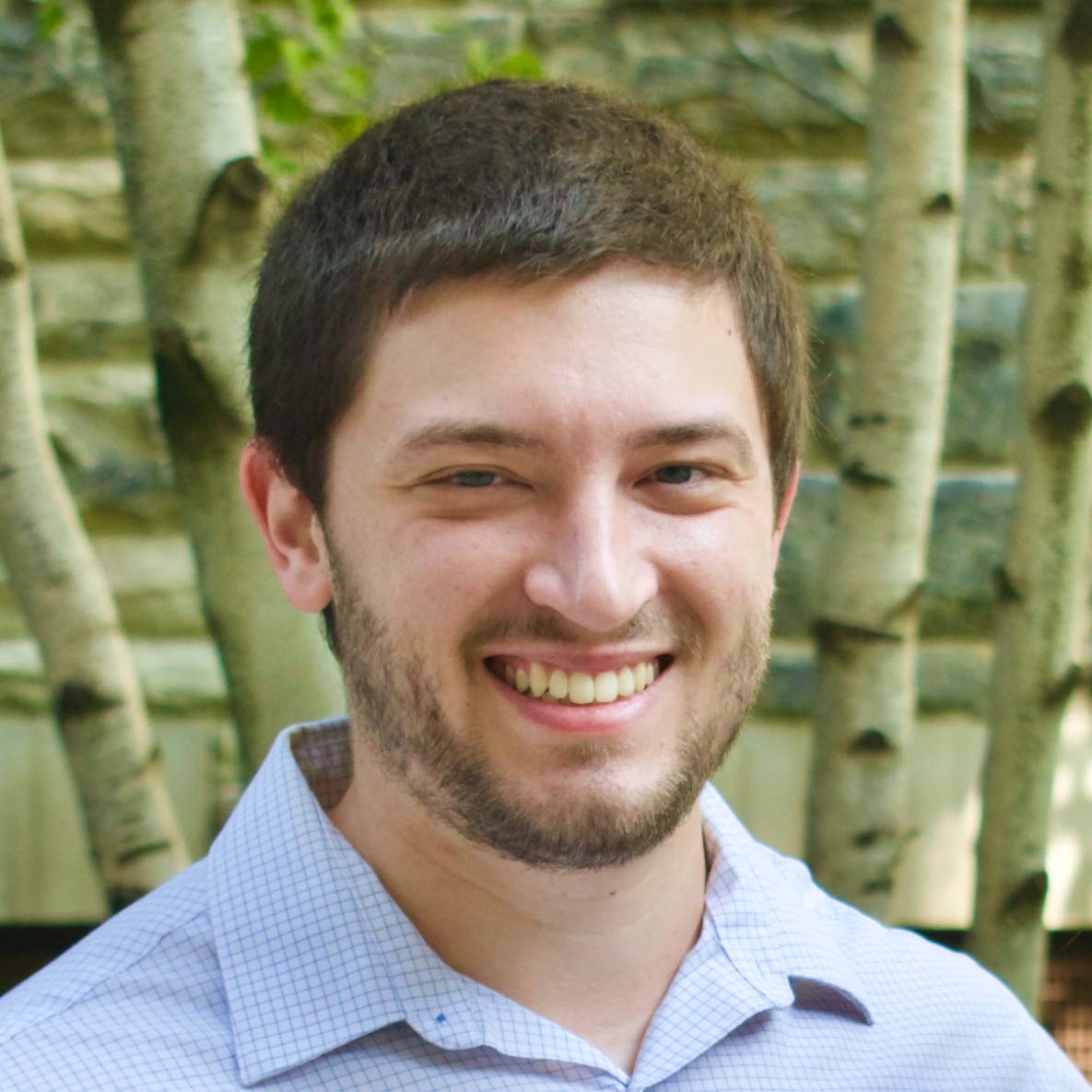 Josh received his B.A.Sc. (honours) and M.A.Sc. degrees in Mechanical Engineering from the University of Toronto in 2016 and 2020, respectively. Before enrolling in graduate studies, he spent two years abroad in South Australia working as a Project Engineer at an injection moulding company where he developed manufacturing processes for the medical industry. He is currently pursuing his Ph.D. degree under the supervision of Dr. Sanjeev Chandra with the Centre of Advanced Coating Technologies (CACT). His research focuses on using metal spray technologies to fabricate liquid cooling channels capable of high heat flux removal, for both single-phase and flow boiling channels.

Hamid received his M.Sc. in Aerospace Engineering from Sharif University of Technology, Tehran, Iran and worked as a research associate in Sharif Tech Services Complex, Tehran, Iran, after his graduation. He is very interested in research, and he has expertise in CFD simulation of multiphase and micro-scaled flows, bubble and droplet dynamics, and surface tension driven flows. He joined CACT in September 2021 and started his work as a research assistant. 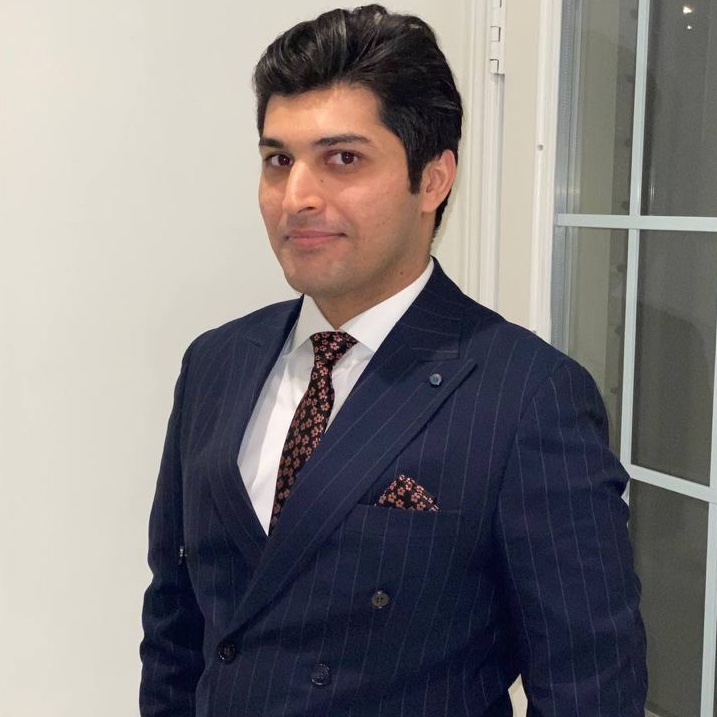 Mohammad obtained his B.Sc. in Chemical Engineering from the Sharif University of Technology, Iran, in 2013. Pursuing an M.Sc. degree, his background directed him to the research activities of Dr. Felicelli and Dr. Eshraghi on the numerical modeling of dendritic solidification at the University of Akron, USA (2014 to 2016). Besides his graduate studies, he gained unique research experiences in turbulent reacting flows, stochastic models, and atomization processes at the University of Pittsburgh and Concordia University. He achieved the Graduate Fellowship D ENCS award from Concordia University between 2017 to 2020. Mohammad joined CACT in fall 2021 as a research assistant and Ph.D. student under the supervision of Dr. Dolatabadi. He aims to develop a Lagrangian-Eulerian model to study the atomization mechanisms in thermal spray. His main research interest is developing new computational models for the simulation of interfacial phenomena, combustion, and dendritic solidification. 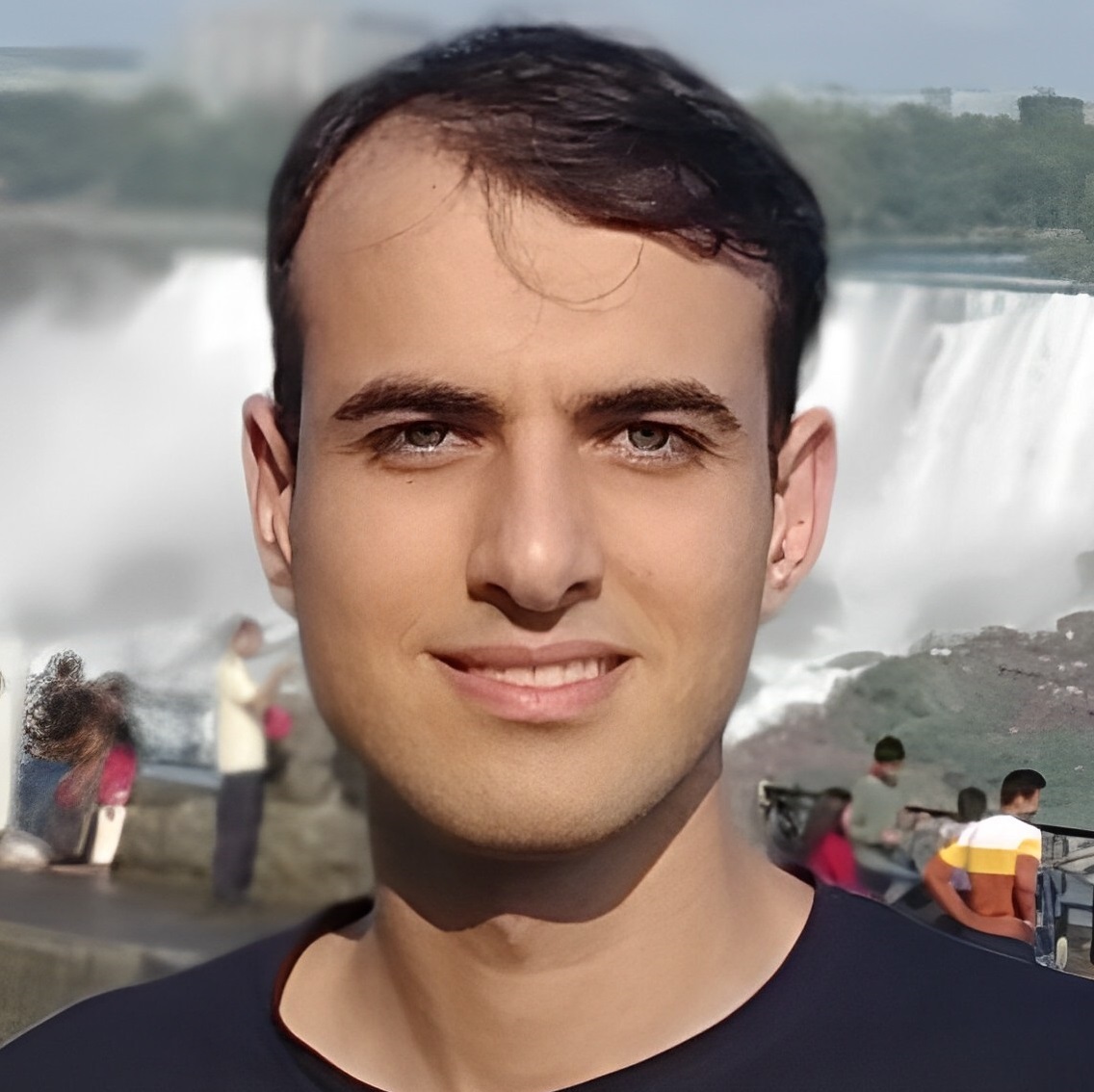 Amirhesam Banejad obtained his M.Sc., with highest distinction, in Mechanical Engineering from Ferdowsi University of Mashhad, Iran, under supervision of Prof. Mohammad Passandideh-Fard. His M.Sc. thesis along with his research on the microfluidics, micro actuators, and lab on a chip (LOC), earned him the title of “Researcher of the Year” at Ferdowsi University of Mashhad in 2019, and he could become a member of Iran's National Elites Foundation. Amirhesam joined CACT in 2022 as a research assistant and Ph.D. student under supervision of Prof. Mostaghimi. His main research interests are focused on simulation of thermal plasmas, interfacial phenomena including phase change, microfluidics, and thermal spray technologies. 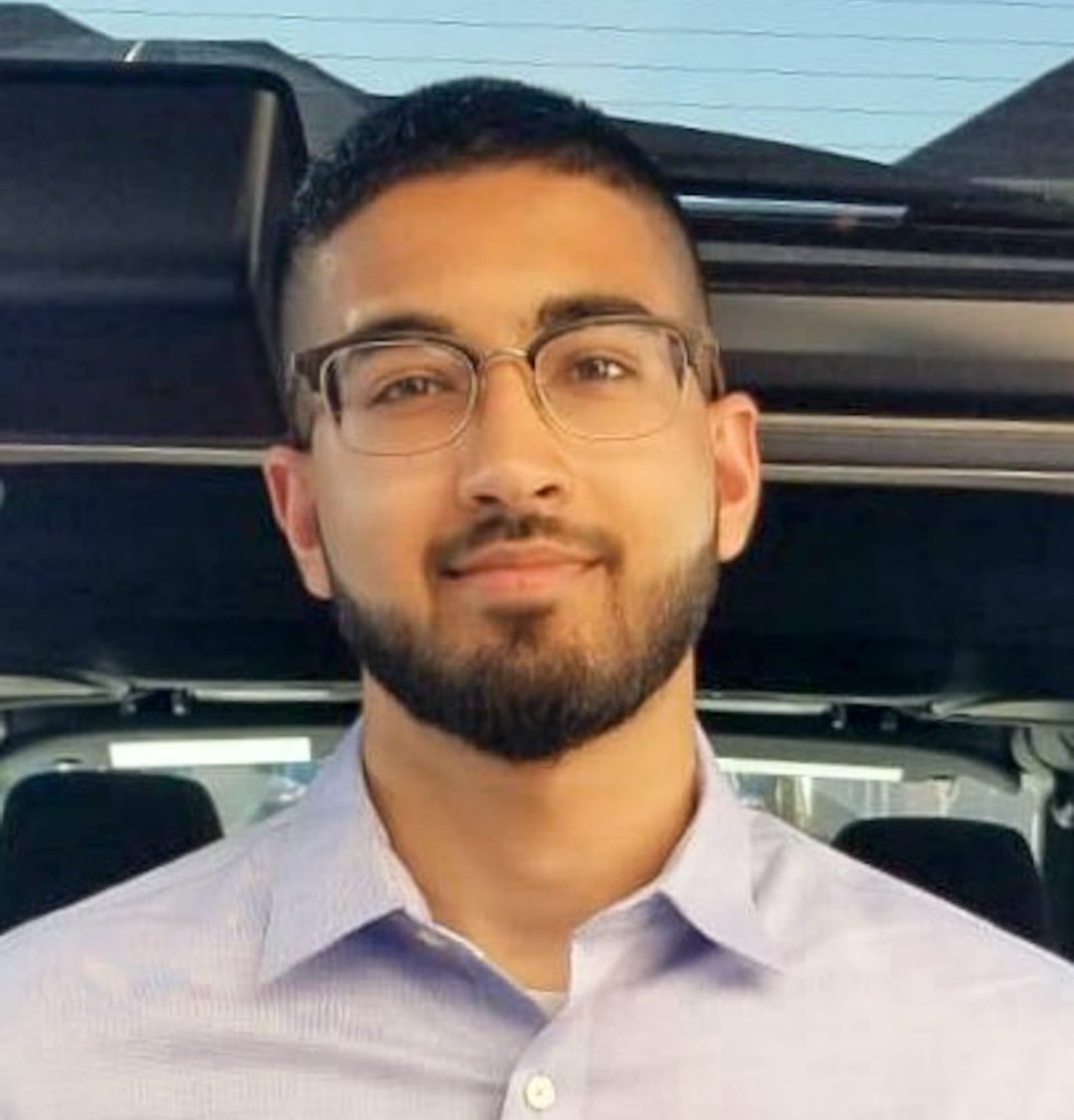 Jushwin Mahal obtained his Hons. B.Eng in Mechanical Engineering at York University in 2020. In 2018, Jushwin worked as a research and development intern at Ansaldo Energia in Switzerland, with a focus on modelling combustion of pure hydrogen in gas turbines using CFD. After graduation, Jushwin joined the CACT research group as a M.A.Sc student under the supervision of Dr. Sanjeev Chandra in September, 2020. His research focuses on the enhancement of heat transfer, through thermal-spray coating of structured geometries, on heat exchanger surfaces, in conjunction with the development of a high-efficiency heat exchanger for use in the recovery of heat from greywater. Jushwin is also involved in the development of a spray-coated sensor for detecting fouling on heat exchanger surfaces in real-time. Sara received an honors B.A.Sc from the Lassonde School of Engineering, York University, in Mechanical Engineering (2020). During her bachelor’s, Sara became the first machine shop student assistant at Lassonde, gaining valuable skills in manual machining and CNC operation. She was also selected amongst her cohort to represent York University for a work/study opportunity in Switzerland, where she analyzed the reaction kinetics and thermodynamic trends within turbine combustion chambers (2018). After her graduation, she joined CACT as a M.A.Sc. student under the supervision of Prof. Chandra. Her research involves the design and fabrication of "intelligent" temperature and pressure sensors by novel thermal spraying techniques. This research helps to understand the thermal and electrical responses of the coatings for real-time measurement of injection molding operations. 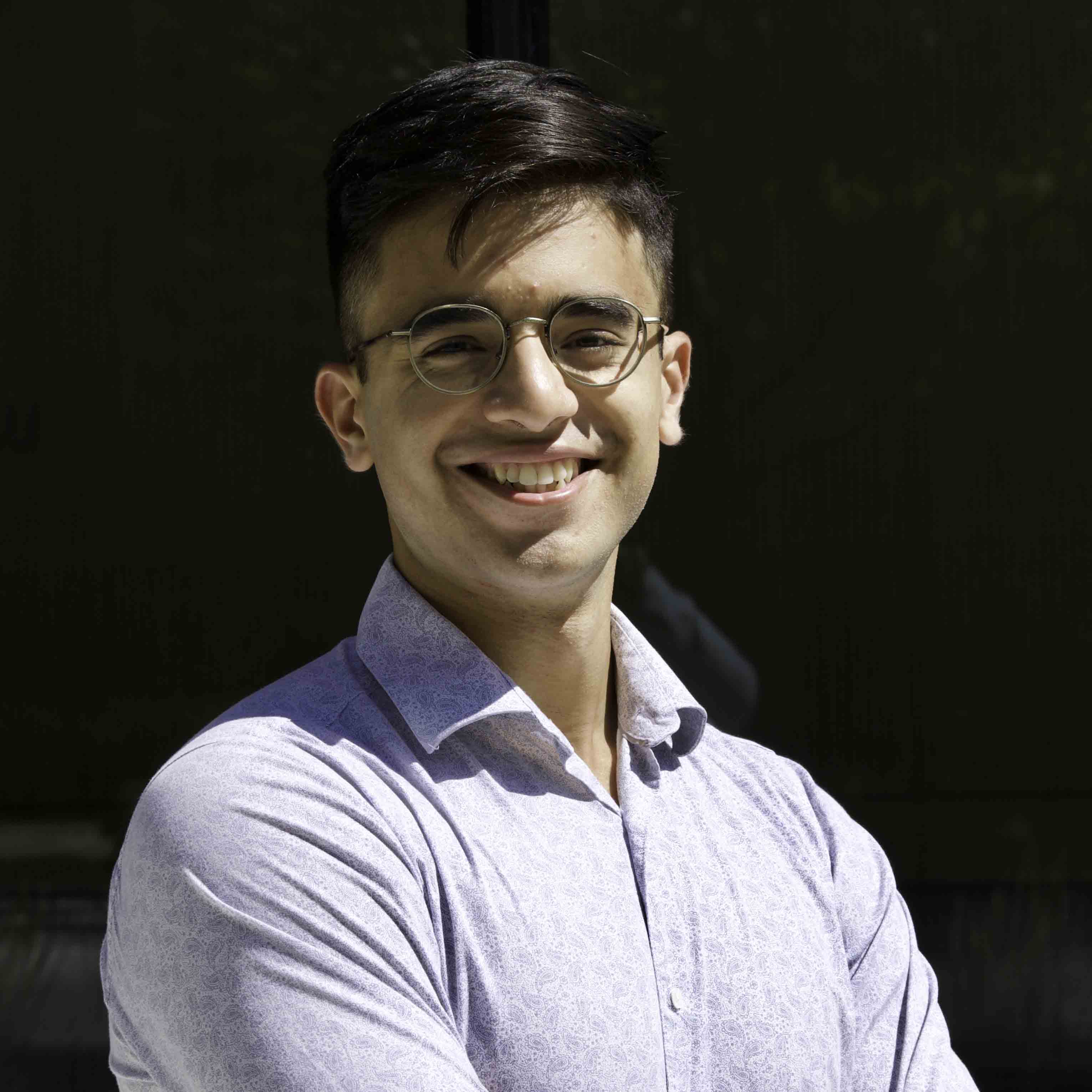 Shahzeb received his B.Sc. in mechanical engineering from the University of Alberta in 2020. Shahzeb is a M.A.Sc. student in the Department of Mechanical and Industrial Engineering and joined the CACT lab in 2021. His research is focused on the design and optimization of phase change material heat exchangers for electric vehicle thermal management systems. His work is greatly collaborative with the ATOMS (Advanced Thermofluids Optimization, Modelling, and Simulation) lab to numerically study complex flow phenomenon and apply topological optimization to his designs. In 2017, Shahzeb worked as a research associate in the Dynamic Thermal Energy Conversion Lab at the University of Alberta, where he helped design and test low temperature Stirling Engines for geothermal applications.